Since I last posted on this website a lot has changed, I finished working with the Commonwealth Games Cultural Programme and moved to Tramway, a beautiful Contemporary Arts Venue in Glasgow’s south-side.

Tramway will host the prestigious Turner Prize later this year, in yet another tribute to the strength and vibrancy of the Cultural scene here in Glasgow. We have recently in Glasgow seen the re-opening of the beautiful new £16M Theatre Royal building with it’s new entrance, extensive collections from both Scottish Opera and Ballet separately on proud display,

and will in the coming month’s also welcome a whole new venue onto our scene – Glasgow Royal Concert Hall’s expansion for the home of the RSNO continues and is set to ignite the music scene on fire like never before with this incredible looking venue, fit for purpose in the 21st century. 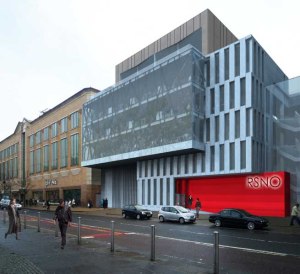 My post at Tramway took in supporting the Evaluation of the Commonwealth Games Cultural Programme; Culture 2014 and Festival 2014 which I was more directly involved in as Assistant Producer – mainly at Glasgow Green but also at the Merchant City Festival and other key city-wide ‘hot-spots’, and supporting the development of Dance International Glasgow (DiG) 2015. DiG is Glasgow’s first (and Scotland’s final return of a large-scale contemporary dance festival after New Moves International folded in 2011) new prominent Contemporary Dance Festival and so it was a real pleasure to work alongside the highly knowledgable Producer who has programmed this Festival which is set to run in Biennial cycles. I shall reveal no more as I know there is plenty of press anticipated in the coming months ahead of Festival launch & I don’t want to spoil anything for you dance lovers!

Creative Scotland recently released this short movie celebrating the Games Cultural Programme – if you missed it, here is the link! Culture 2014

I now have the privilege of one of those hard-to-come-by ‘permanent’ jobs in the arts! Working at the Royal Conservatoire in the Artistic Planning Team I am the External Engagements Coordinator where I organise everything relating to the external hires the Conservatoire takes on. It’s a great role within a strong dynamic team, where I get real flexibility to step in and out of Producing world-class work cross-art form, and sometimes staying more removed in a Coordinator role.

We get to enjoy many of the great concert’s our student’s put on in no less than 5 public venues – from our Opera Programme’s recent run of ‘Figaro’, to our Musical Theatre’s “Our House the Musical”, any number of our ‘Monday & Friday’s at 1’ lunch-time public concerts by our classical music programmes various incarnations (string, woodwind, brass, percussion, full orchestra, visiting artists and so on), our very talented Jazz performers and all the other in between not forgetting the much anticipated end of year BA Modern Ballet end of year show. It’s great getting exposed to the work going on within the building, being so close to the arts and my background again in such a passionate environment, it’s a real buzz that you thrive off of if you come from an arts background and share that passion.

Most recently I returned from my first international business trip with the Conservatoire, where I took a delegation of performer’s to Brussels to perform for the Scottish Government’s EU Office in a series of Burns Dinner’s. We brought a ceilidh band, piper, scots singer & actor for the famous ‘address to the haggis’ which we performed on the first night at the incredibly impressive UK Ambassador’s Residence where we were very well looked after. On the second night we gave our main concert at Scotland House to a packed out centre with dignitaries and Ambassador’s from across the Commonwealth and EU in attendance. We received a standing ovation and it was a real pleasure building on an already strong link with a team which has been dealing with my office for a good 7 years now I believe! 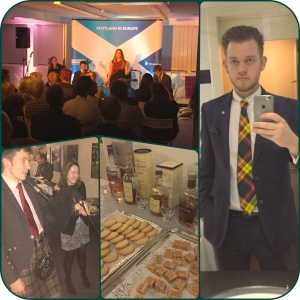 Keep posted for more updates on events I can share with you (many are private engagement’s so for obvious reason’s can’t share), but for the most part the ones that are public and we publicise ourselves, i will every now and then do an update.

Separately I’ve started working with a great new duo emerging from the contemporary dance scene in Barcelona, ‘Rudi & Julia’, there is big scope for a group that already have residency’s for the next few month’s in high-profile dance houses to continue their takeover of the dance scene and i’ll be doing my bit to publicise the achievements on this page.

Professionally it’s great to be in a really strong and stable place at last, this has been a long time coming but I am well and truly finding my feet both Co-ordinating and Producing cross-art form work. I’ve got a great enthusiasm for sustainability and wellbeing for all that I do, sitting on Forums for both in my current job, and am engaging in various freelance producer roles news of which I’ll share as and when they develop!

Until the next time, keep dancing, keep singing, keep playing and do whatever makes you happy. 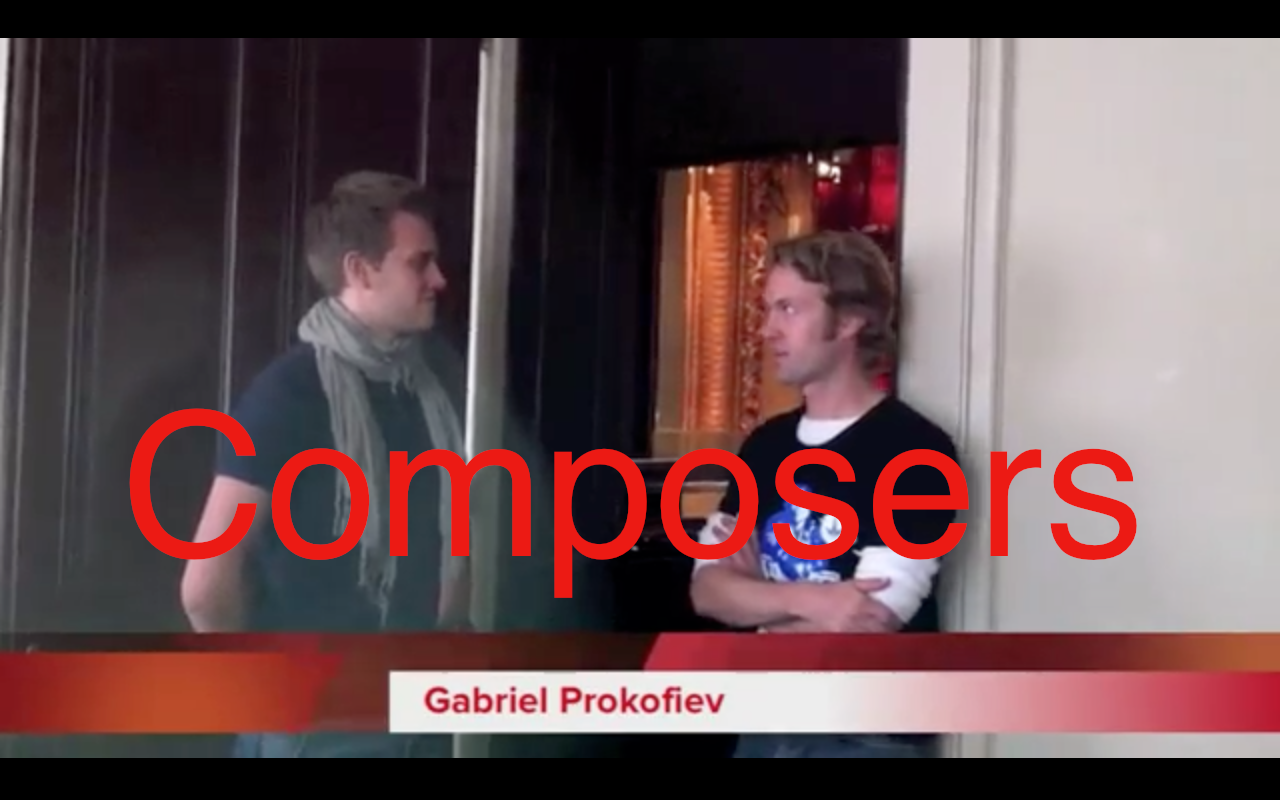 Look back in time